Click on the tabs below to navigate the downloads we have available. 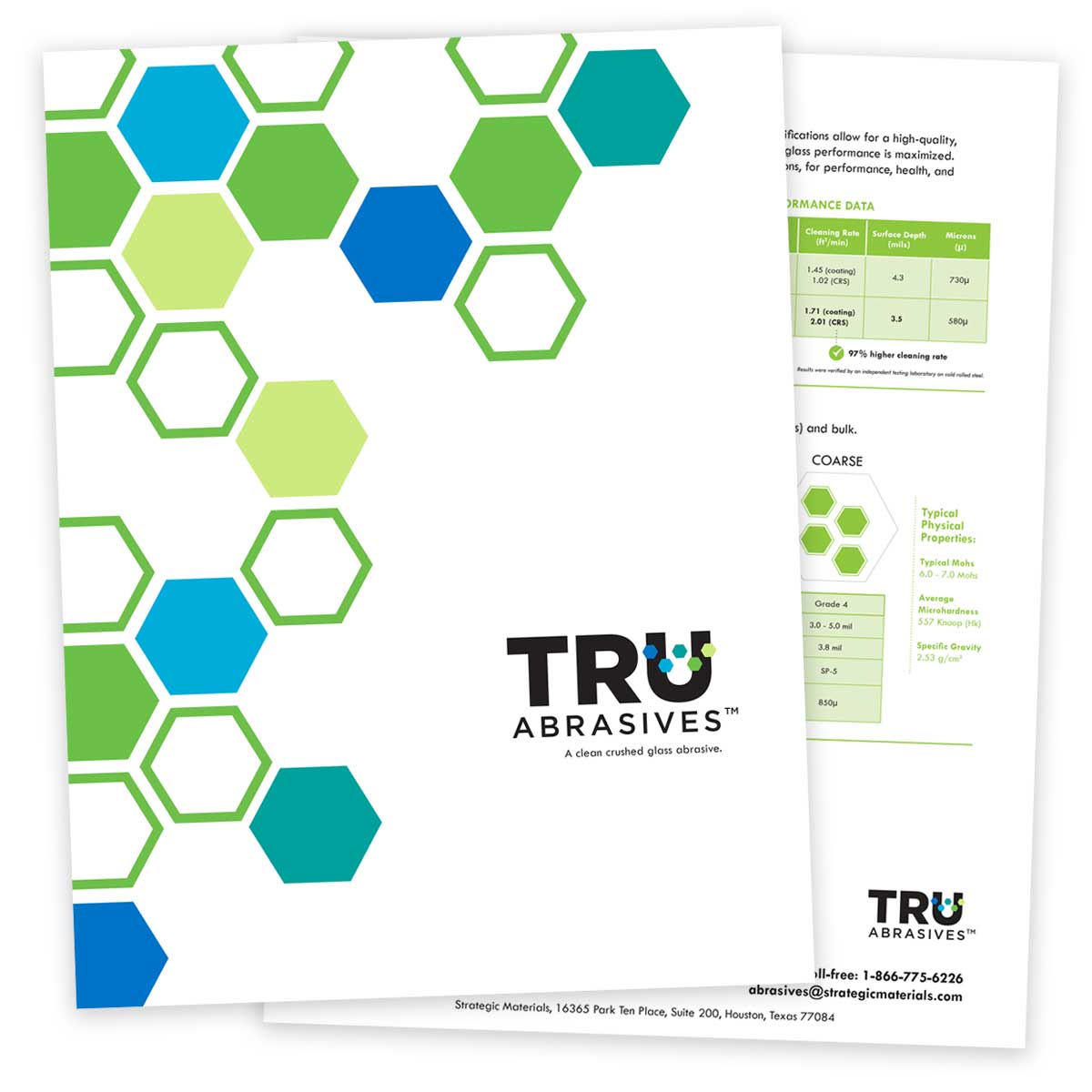 As the largest recycler of glass in North America, Strategic Materials has better access to glass supply than any other glass abrasive or other abrasive manufacturer.

When you work with Strategic Materials, you also benefit from our nationwide network that brings high quality materials closer to you. Our products have been approved by the California Environmental Protection Agency Air Resources Board & has received QPL Mil-Spec Approval. 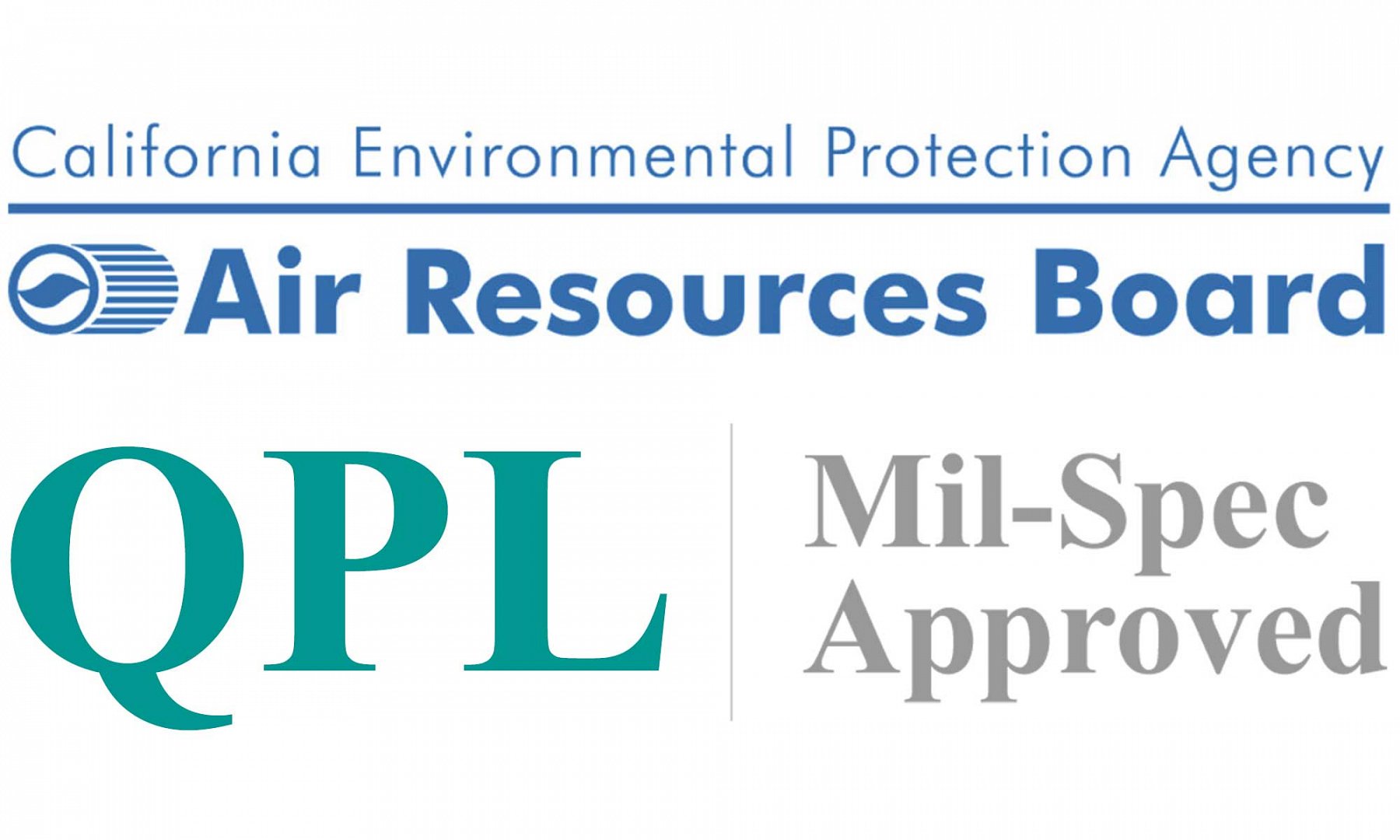 Read up on all the latest industry news below.

There are several steps precasters must take to protect workers from beryllium exposure and comply with OSHA’s final rule.

In 2018, the Occupational Safety and Health Administration began enforcing a new permissible exposure limit (PEL) for crystalline silica.1 The revised limit was well publicized as it halved the PEL from 100 micrograms per cubic meter (μg/m3) to 50 μg/m3. However, an equally important OSHA final rule also went into effect in 2018 with less fanfare.

Beryllium, a lightweight metal that is most often used in the aerospace, electronics, energy and telecommunications industries, is also present in precast concrete operations.2 At a precast plant, multiple steps in the production process can lead to beryllium exposure. OSHA’s final rule reduces the PEL for beryllium by a factor of ten, from 2 μg/m3 to just 0.2 μg/m3, meaning it’s imperative for precast producers to understand both the operations that can lead to exposure as well as the steps to mitigate or eliminate the issue. According to Paul Mellon, director of government and regulatory affairs at Strategic Materials, abrasive blasting is the primary source of potential beryllium exposure at precast plants. Typically, this type of abrasive blasting is used to achieve a specific surface texture, such as on a wall panel or other above-ground piece.

However, any time abrasive blasting is performed, including blasting operations used for cleaning forms, the issue can arise. Exposure to trace levels of beryllium is also possible via other work performed at the plant, including welding.

Mellon has worked on the beryllium issue directly with OSHA for more than a decade and is considered the NPCA Safety Committee’s subject matter expert. Mellon shared that according to OSHA and safety data sheets, there are two known materials commonly used in abrasive blasting that contain beryllium – coal slag and copper slag. When either of these materials is used, special considerations must be made, as “high dust conditions inherent in abrasive blasting operations” may expose workers to dangerous levels.3 The following are the key provisions of the beryllium final rule:

While the reduced PEL is currently in effect, the engineering controls portion of the rule remains in development. When complete, this part of the rule will identify specific approaches, such as ventilation or the use of an enclosure, to limit worker exposure.

For precast plants that do not take the appropriate measures to mitigate or eliminate exposure to beryllium, dire consequences may follow. OSHA states that “inhaling or contacting beryllium can cause an immune response that results in an individual being sensitized” to the material. Those who exhibit this sensitization are then at risk for developing chronic beryllium disease (CBD), a serious pulmonary illness that could lead to death. Workers may also suffer from acute beryllium disease, which is a form of chemical pneumonia, or lung cancer.

OSHA’s primary method for handling any safety hazard comes directly from its hierarchy of controls.5 When it comes to beryllium, elimination or substitution remains the most effective approach control.

In situations where coal slag or copper slag is used, additional methods exist for ensuring the safety of team members and staying below the PEL. One of the most effective approaches is conducting abrasive blasting operations outdoors. This allows the dust and particles created during the process to disperse more readily, significantly lowering the danger for both the worker performing the blasting and the cleanup crew. Providing or enhancing ventilation systems is also effective.

“We conducted beryllium air sampling with industrial hygienists for our welders a few years ago and were below the PEL,” said Ruben Gallegos, environmental health and safety manager for Jensen Precast in Fontana, Calif. “Nonetheless, our welders have fume extractor systems at the point of operation as well as mechanical ventilation.”

Gallegos added that Jensen Precast’s rebar welders also work outside, where there is ample natural ventilation.

To further bolster worker protection, respirators can be used. According to Mellon, a form of standard protection for workers who are blasting is a blast hood, which has an assigned protection factor (APF)6 of 1,000 from the National Institute of Occupational Safety and Health (NIOSH). But for members of the cleanup crew or individuals working in tight quarters, a recent change should be noted.

“Last summer, due to the beryllium rule coming out, NIOSH made a change in their recommendation for individuals who may be at or near the exposure limit,” Mellon said. “They are now calling for full-face respirators. That’s a big difference, because even with crystalline silica, NIOSH doesn’t require them.”

The dangers associated with beryllium – as well as the means by which it can enter the body – both contribute to the call for more stringent Personal Protective Equipment (PPE). Unlike crystalline silica, beryllium that contacts a worker’s eyes or skin can potentially lead to sensitivity and eventually result in illness. This leads to the need for full-face respirators along with proper protection for the face and any exposed skin.

Because the PELs for beryllium and crystalline silica are measured on the same scale, it’s easy to see just how dangerous exposure to beryllium can be when comparing the two final rules. The difference between 50 μg/m3 and 0.2 μg/m3 is significant, further emphasizing the need for precasters to identify potential exposures to beryllium and effectively mitigate or eliminate them according to the provisions of the final rule. Thankfully, there are many steps that can be taken to remain in compliance.

Mason Nichols is a Grand Rapids, Mich.-based writer and editor who has covered the precast concrete industry since 2013.

WASHINGTON, DC - The U.S. Department of Labor’s Occupational Safety and Health Administration (OSHA) today published a final rule revising the beryllium standard for general industry. The final rule includes changes designed to clarify the standard, and simplify or improve compliance. These changes maintain protection for employees while ensuring that the standard is well understood and compliance is simple and straightforward.

The compliance date of this final standard as modified is September 14, 2020. OSHA has been enforcing most of the provisions for general industry since Dec. 12, 2018. The agency began enforcing the provisions for change rooms and showers on March 11, 2019, and engineering controls on March 10, 2020. The final standard will affect approximately 50,500 workers employed in general industry and is estimated to yield minor net cost savings to employers.

Under the Occupational Safety and Health Act of 1970, employers are responsible for providing safe and healthful workplaces for their employees. OSHA’s role is to help ensure these conditions for America’s working men and women by setting and enforcing standards, and providing training, education, and assistance. For more information, visit www.osha.gov.

The mission of the Department of Labor is to foster, promote and develop the welfare of the wage earners, job seekers and retirees of the United States; improve working conditions; advance opportunities for profitable employment; and assure work-related benefits and rights.

U.S. Department of Labor news materials are accessible at http://www.dol.gov. The Department’s Reasonable Accommodation Resource Center converts departmental information and documents into alternative formats, which include Braille and large print. For alternative format requests, please contact the Department at (202) 693-7828 (voice) or (800) 877-8339 (federal relay).

Read it online from Osha.gov

At a hearing that took place on February 27, 2018, in Washington, D.C., Congressman Bobby Scott asked Former OSHA Secretary and Beryllium medical expert, Dr. Michaels, why the Federal Beryllium Rule has not yet been implemented, and to identify safe alternatives for the surface preparation market.  Dr. Michaels not only recommended crushed glass abrasives, but he also shared one of the largest abrasive users in the United States, Newport News Shipyard, has converted from coal slag to crushed glass due to the potential health risks.

"Congressman Bobby Scott: "What are the safer materials?"

Industry News: Left in the Dust, a Reuters Special Report: The dismantling of a U.S. Workplace Safety Rule, and the Political Battle Behind it.

In the waning days of his presidency, Barack Obama pushed a measure to limit workplace exposure to beryllium. After Donald Trump gained the White House, the GOP moved to strip key portions of the rule – saying it burdened businesses with little benefit to laborers. An inside look at the political battle.

The Trump administration’s plan to weaken the beryllium rule offers a case study in the renewed power businesses can wield in the regulatory process. In this case, emails and government documents reviewed by Reuters show, a small industry – the manufacturers of coal-based abrasive blasting grit – used a modest $270,000 lobbying campaign and well-placed congressional allies to unwind a rule a decade in the making.

“Never in OSHA’s history has the agency decided to roll back worker protections for a carcinogen,” Deborah Berkowitz, OSHA’s former chief of staff, wrote the agency on behalf of the National Employment Law Project, a nonprofit workers rights group.

“If there’s no air testing or disease surveillance, there’s no way to know how much exposure workers are getting.”

The Indiana enforcement date is July 9, 2018

See below links for full details.

Read the fully story from the Indiana Register website >>>

Please use the guide below for PSI recommendations.  Please note, some of these PSI will vary depending on the coating, rust or substrate thickness.  We recommend you start with the lowest recommended PSI and adjust accordingly.

Why do some blasters prefer crushed glass over other abrasive media?

Based on feedback we've heard from blaster and our own testing is glass is the most well-rounde abrasive.  TruAbrasives are good quality and high performing while leaving a white post-blast finish.  TruAbrasives provide health & safety, perfromance and environmental benefits.

Our products have been used in a variety of applications. A few examples are shown below. To learn more, simply click on the title. 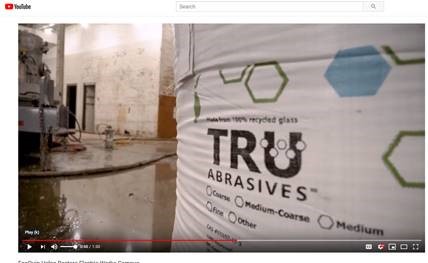 Restoration work was done on the bridge’s concrete and masonry to remove carbon deposits and graffiti.  New York City Department of Transportation certified glass abrasives for use in wet blasting concrete on the bridge.  TruAbrasives work well in wet or dry blasting applications. 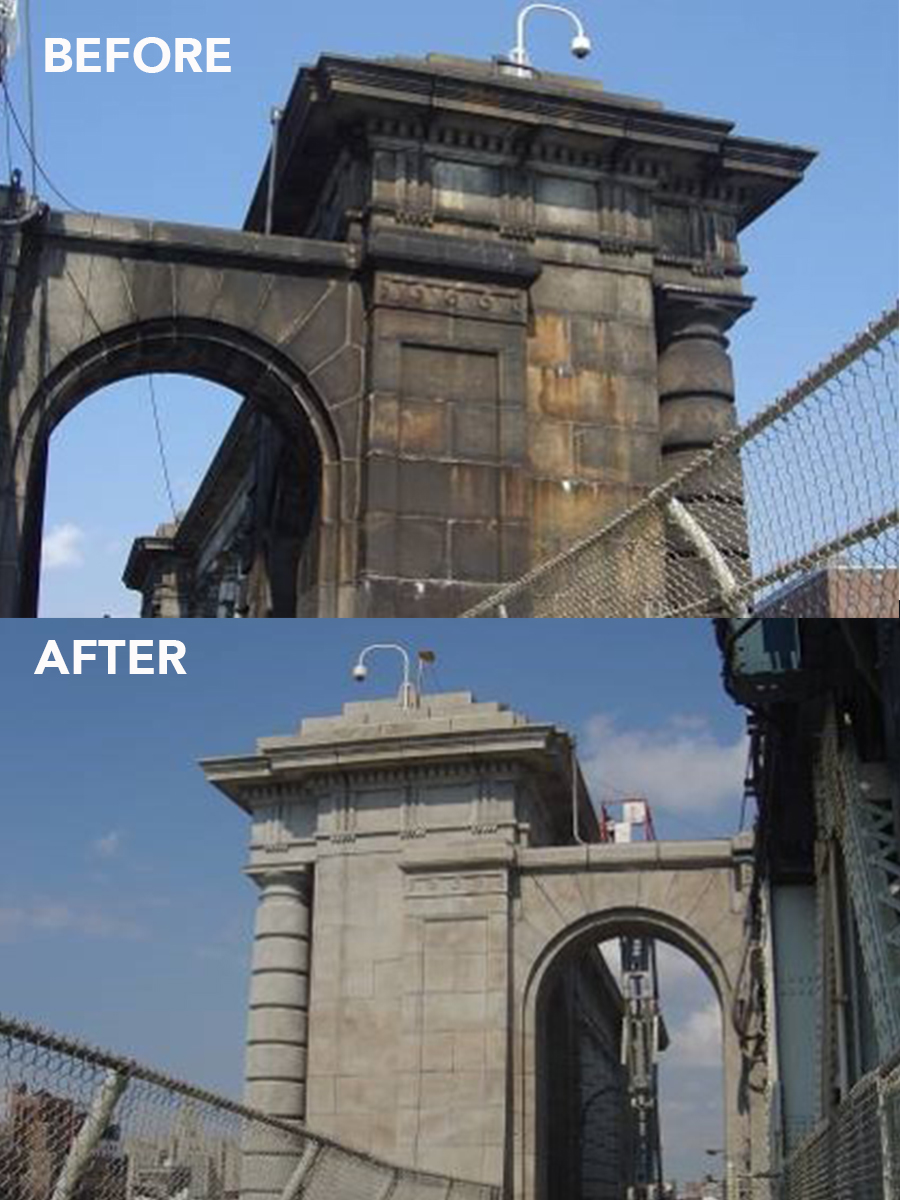 TruAbrasives were used to blast the outside seams and concrete base supports of tanks.  Our clean glass abrasives replaced coal slag on this project.